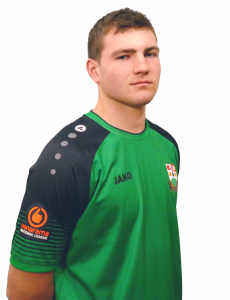 James Callan made Vanarama National League history during the 2020/21 season when he became the youngest goalkeeper ever to play in the league after he came on as a substitute, aged 16, against eventual champions Sutton United. Callan is a product of the Barnet FC Academy Scholarship programme and is highly rated amongst the staff at the Club.