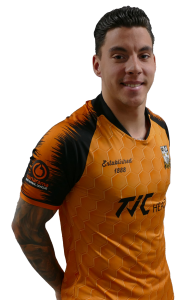 Reece Grego-Cox joined the Bees on a loan deal from Crawley Town until the end of the 2021/22 season.


The 25-year-old came through Queens Park Rangers’ academy and made his Premier League debut for the Hoops against Tottenham Hotspur in 2015.


Grego-Cox made a further five first-team appearances and also enjoyed a loan spell at Newport County before leaving The Kiyan Prince Foundation Stadium in 2018.


The forward then joined Woking FC for half a season and later signed a permanent contract at Crawley Town in 2018 – where he has featured 77 times.


Grego-Cox also brings international experience into the ranks having played for the Republic of Ireland at youth level.