The Bees finished the 2021/22 season in defeat at The Hive London – losing 4-2 to Bromley in the Vanarama National League.

The first chance of the afternoon came in the 5th minute when Michael Cheek rose highest to flick a cross goalwards and make Aymen Azaze to tip it over the crossbar.

The Bees took the lead in the 11th minute when Ryan De Havilland found Daniel Powell down the left who chipped the goalkeeper from a tight angle, with the ball dipping just inside the far post.

Bromley responded instantly and equalised a minute later when Mason Bloomfield followed up a powerful effort from Ali Al-Hamadi which Azaze parried into the path of the forward, who tapped in.

Reece Grego-Cox looked to put the Bees back in front in the 25th minute when he rifled one towards the bottom corner from the edge of the box, but Ellery Balcombe was there to make the save.

The Ravens pressed for a second goal just before the break and forced Azaze into important saves in quick succession through shots from Bloomfield and Bush – which he managed to keep out.

The visitors started the second-half on the front foot and almost took the lead when Ali Al-Hamadi played the ball to Harry Forster inside the area who flashed one just wide of the far post.

Bromley’s early pressure in the second-half paid off as they took the lead for the first time when Al-Hamadi crossed into Louis Dennis who turned towards goal and slotted it into the bottom corner.

Al-Hamadi was involved in the visitors third goal when he was picked out in the centre of the box by Dennis who tucked his first-time effort past Azaze from close-range.

The next chance of the game came in the 72nd minute when Ryan De Havilland floated his corner to Ben Richards-Everton in the area who nodded home from two-yards out to pull one back.

Dean Brennan’s side almost levelled the score once again when Sam Granville rolled the ball to Grego-Cox on the edge who was denied by a strong diving save from Balcombe.

Bromley restored their two-goal lead in the 81st minute when Cheek was played down the right side of the box who shot back across goal and into the top corner to seal the win for the Ravens. 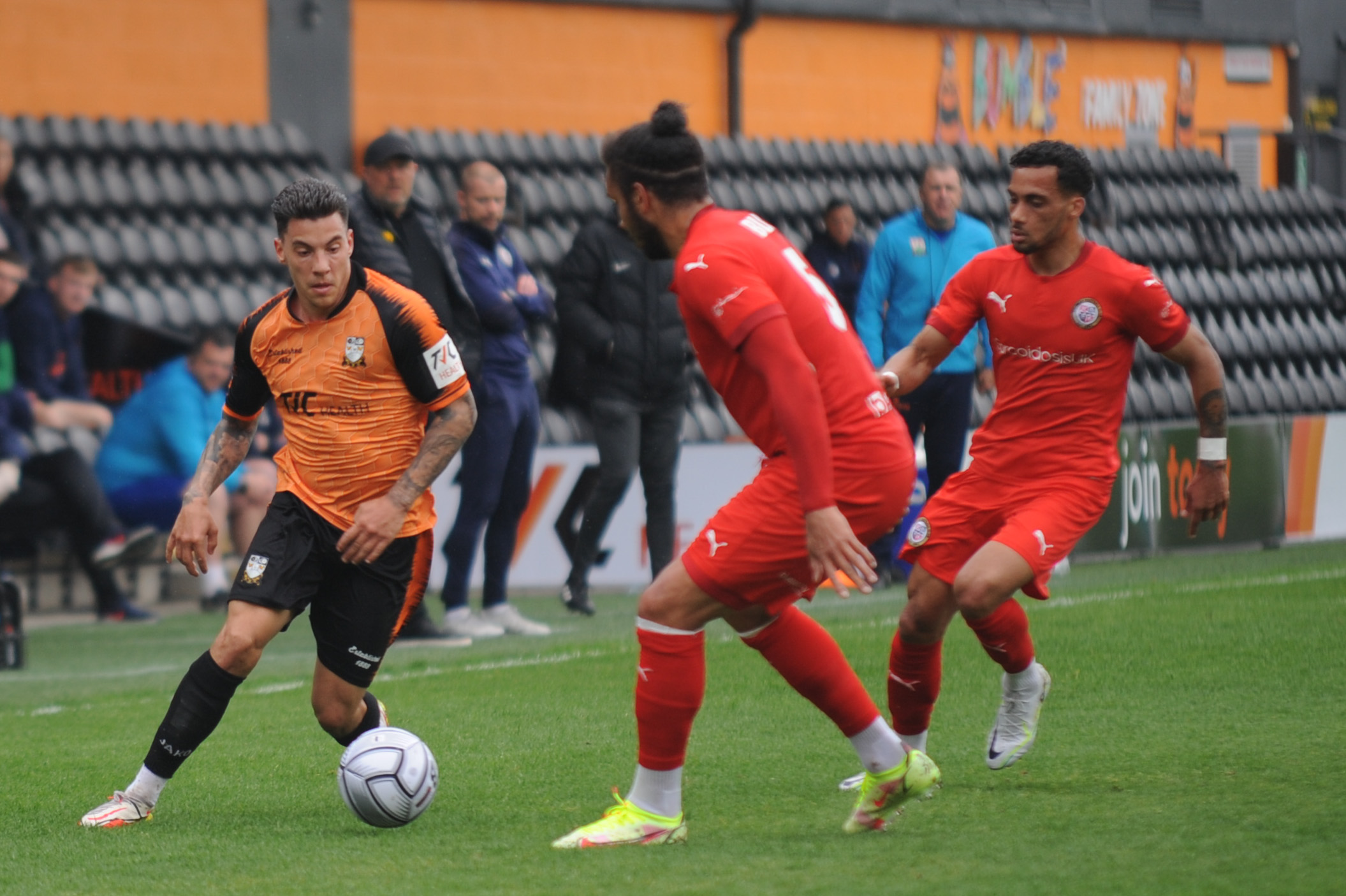