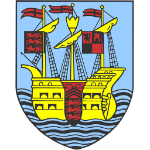 The Bees open their account in the FA Trophy this afternoon as they welcome Weymouth FC to The Hive London, and we've compiled all the information you need ahead of the tie, below.

Molesley’s side head into the festive period sitting in 4th after having a very positive start to their season. However, they come into this fixture having lost their first game since August in a 1-0 defeat against a determined Dorking Wanderers side.

Despite being in the division below, the Terras will sure to be resilient and determined to cause an upset in the Buildbase FA Trophy.

Mark Molesley certainly has an established career within football having played for numerous sides as a midfielder before starting his journey as a manager. Some of those sides he has played for include Hayes, Aldershot Town and Bournemouth.

Molesley first came to Weymouth in 2015 and later occupied the player-manager role alongside managing Bournemouth U21. He was later announced as the caretaker manager in 2017 before taking on the job full-time where he has managed since.

One to Watch: Ben Thomson

Ben Thomson signed for Weymouth at the start of the 2015/16 season and went onto score 14 goals in all competitions, meaning that he was the club's top goalscorer that season and has since established himself as one of the most important players for the Terras.

So far this season, Thomson has contributed seven goals in all competitions and will likely be a threat for Darren Currie’s side this afternoon.

You can follow all the action through iBarnet where we will be providing full 90-minute commentary with Jonathan Blakie and Will Evans.

Alternatively, you can keep up to date via our official Twitter account where we will be providing full match updates.

A Josh Walker brace sends the Bees through to the Second Round of the Buildbase FA Trophy, after beating Weymouth 2-1 at The Hive London.

The Bees started the brighter of the two teams and were rewarded for their early pressure with two goals in five minutes - Walker the scorer of both.

Jack Taylor lofted the ball through for Walker who made no mistake to poke beyond an on-rushing Ward, before doing almost exactly the same just five minutes later.

Through on goal, from a tighter angle this time, Josh stayed composed and struck beyond Ward to double the Bees' lead.

Against the run of play, the Terras pulled one back through McCarthy, who impressively fired into the top right corner giving Scott Loach no strike. A brilliant strike from the Weymouth number eight.

Both sides had chances to add a further goal for their team in the first half, but both failed to capitalise. Simeon Akinola took hold inside the box before hitting just wide on the spin, before Josh Wakefield's attempt to the far post had just too much curl and missed left.

Walker had the Bees' best effort to add his and Barnet's third in the second half as he expertly controlled a J Taylor cross before firing at goal. His shot, however - took a deflection and fell into the arms of Ward.

Loach was called into action for the first time in the second half with 20 minutes to play after a flicked header from Brett Williams looked destined for the far corner, only for the Bees stopper to claw the ball away from his goal. Jordan Ngalo looked to convert on the rebound but his effort from close range was high and wide.

The Bees looked to put the game beyond Weymouth as the clock ticked down as Wes Fonguck raced through on goal, but his attempt from close range smashed the bar.

Dan Sparkes received a late red card for two bookable offences, but Darren Currie's side maintained full control throughout the second half and did enough to ensure their place in the next round of the cup.

Darren Currie named an unchanged side from the 11 that overcame AFC Fylde 2-1 on December 7th.

The Bees progress to the Second Round of the Buildbase FA Trophy after this afternoon's victory. The fixture will be announced in due course.

Barnet host National League South outfit Weymouth in the First Round of the Buildbase FA Trophy on Saturday 14th December, and ticket details for the cup tie can be found below.

BFC Members will have priority access to tickets up until Monday 9th December at 9 am when they go on general sale.

The North, South and Lower East stands will all be closed for this fixture.

Tickets can be bought online, HERE.

Alternatively, tickets can be bought in person at the club shop/ticket office.

Away fans will be housed in Blocks F and G of the Legends Stand.