Throughout the season, the atmosphere at The Hive has been electric and the Amber Battalion has played a big part in that. This support has not gone unnoticed from the players, management, staff and Chairman.

Today, the Chairman invited two founding members of the Amber Battalion, William and Patrick, to The Hive London, to thank them for their support and to discuss future projects with them.

The group started with just 8 originals but has now grown to over 70 members. The group have been proactive and even set up a GoFundMe page which paid for their own drum and multiple flags; all of which has helped create a wonderful atmosphere at our home fixtures.

The number of fans in the Amber Battalion has grown week on week and on Saturday, everyone at The Hive got to witness an excellent derby day victory with an atmosphere that matched the occasion.

“The atmosphere at The Hive this season has been magnificent. We really want to create a brilliant matchday at our Club both on and off the pitch and the Amber Battalion has started to play a big part in that.”

“I personally support the work they are doing to create an atmosphere at our games and I encourage anyone who wants to join them in doing so, as we continue to make The Hive a fun and exciting matchday experience for everyone.”

The Club would like to thank our new group of supporters for their commitment to Barnet Football Club and for their contribution on a matchday. 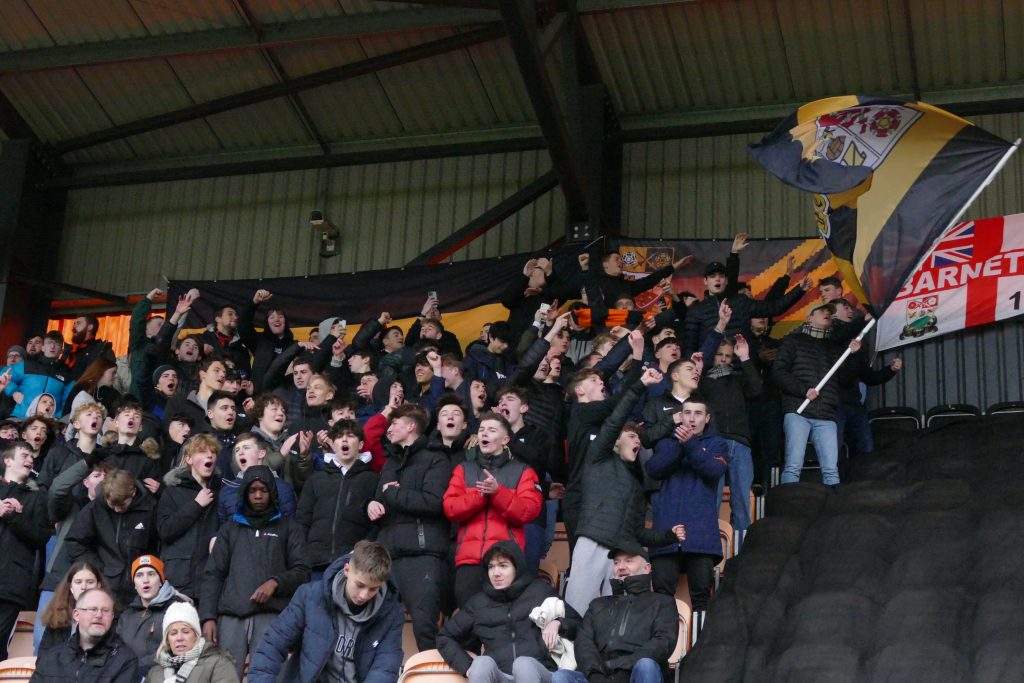