Dean Brennan takes his side to Dagenham & Redbridge on Friday 15th April (15:00 KO) in the Vanarama National League.

All the essential information if you’re making the journey has been packed into our Away Guide.

Daryl McMahon is in charge of Dagenham & Redbridge after arriving in January 2020. This came following time at Ebbsfleet United and Macclesfield Town.

Exit the M25 at junction 31 and take the A13 (Central London) before proceeding towards the exit which is signposted Dagenham/Dagenham East. Head onto the A1306 and at the second set of lights, turn right onto the B178 (Ballards Road). At the end of this road you will come to a large roundabout, (The Bull) where you will need to turn left into Rainham Road. Pass the Dagenham East Underground Station and Victoria Road awaits on the left.

Take the District (green) Underground line to Dagenham East. Come out of the station and turn left. Victoria Road is then a short walk away which is where you will find the stadium.

Street parking is the only option and there should be plenty of availability for this in the surrounding area.

The Carling Stand runs alongside most of the pitch and was completed in 2001 following the closure of the old wooden grandstand. It is a fairly low structure which has room for about 800 people.

To the left is The A13 Steel Stand which was completed in 2009. It houses away fans and has room for 1,200. The structure dominates the ground and the views from it are excellent.

The remainder of the ground is terrace with the open Clock End behind the goal and the Popular Side covered terrace opposite the Carling Stand.

Bees fans will be made welcome in the Dagenham & Redbridge Social Club. The downstairs bar is where most of the away supporters tend to head and there is a charge of 50p at the door.

The Pipe Major pub is a few minutes walk away near to the station, while the Eastbrook is a short walk further down Rainham Road.

The last visit to the Chigwell Construction Stadium was in October 2020 when goals from JJ Hooper and Eliot Richards were enough to seal a 2-1 win.

At Underhill in 2004, the 5-0 demolition of the Daggers featured the Nicky Bailey ‘Bees Goal of the Season’ screamer live on Sky TV.

The most famous marching Band in the civilised world are also locals, The Dagenham Girl Pipers, who were the only un-amplified act at the Knebworth Open Air Rock Festival in 1978!

Henry Ford’s company bought acres of land in Dagenham in the early 1920’s and started to build the massive car plant in 1925, which is still in existence. The metal to build the roofing covering the side terracing at the Chigwell Construction Stadium was donated by Ford in 1967 and it was estimated that there was enough metal to produce 23 Ford Capris. 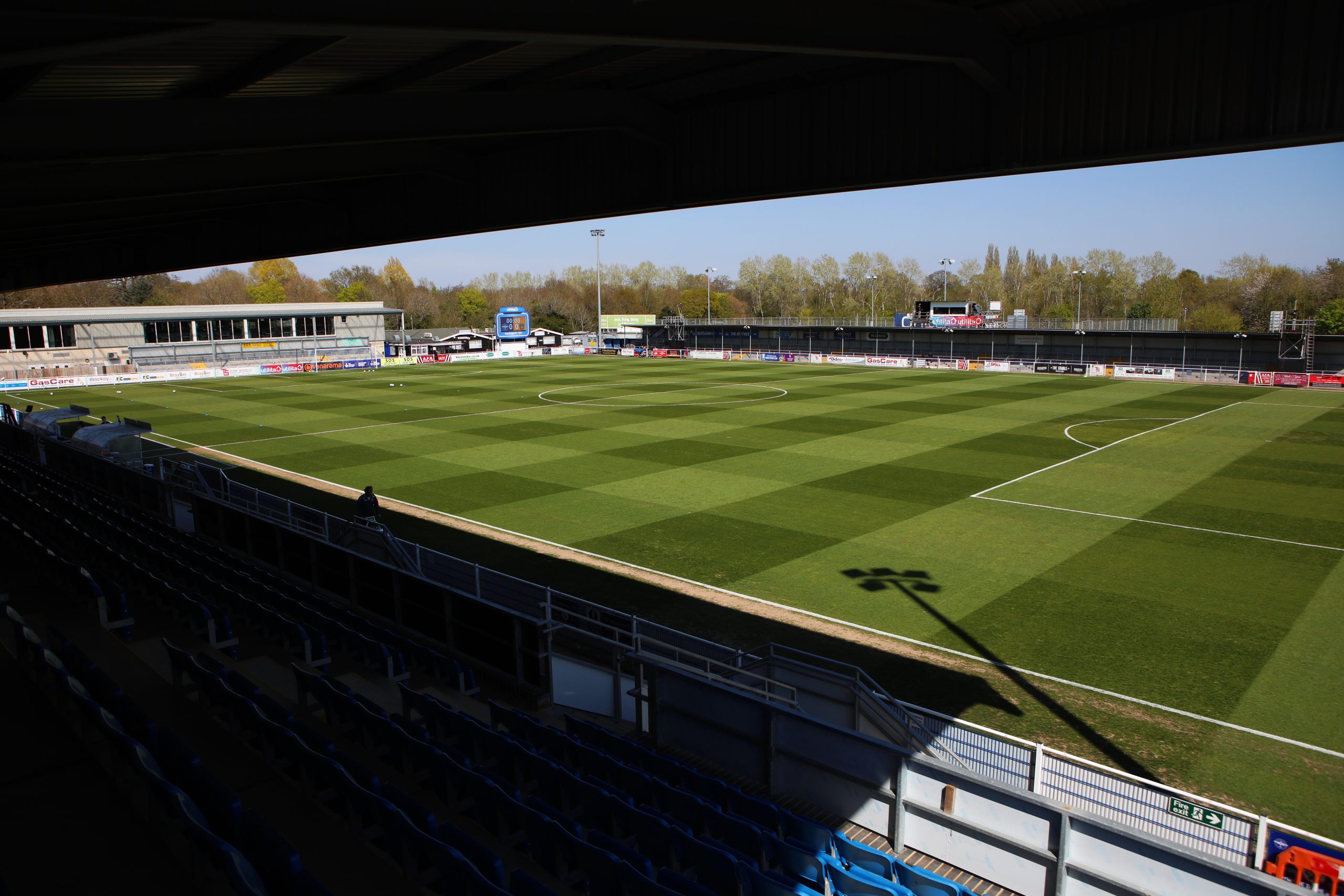