The Bees started the better of the sides and almost took the lead when Josh Walker’s powerful strike went just wide of the far post.

It was Walker involved again as he headed straight at Sam Hornby after Simeon Akinola’s strike deflected into his path.

Midway through the half J Taylor tried his luck with an effort from distance, but again Hornby was equal to it. Up the other end, Dan Bradley’s deflected effort has to be saved well by Loach.

With eight minutes to go before the break the Bees took the lead, as the ball broke through for Jack Taylor, he lashed his effort into the corner to put us ahead. It was the Irishman’s eighth goal of the season and it was another super strike to add to his collection.

Darren Currie’s side had a golden chance to double their lead as J Taylor skipped into the area and through on goal, however, he tried to find Walker allowing Fylde to hack clear. It was unselfish play from our number seven, but it really was an opening the Bees should have taken.

Into the final 10 minutes and the Bees continued to dominate the possession but the ball just wouldn’t fall for Currie’s side. 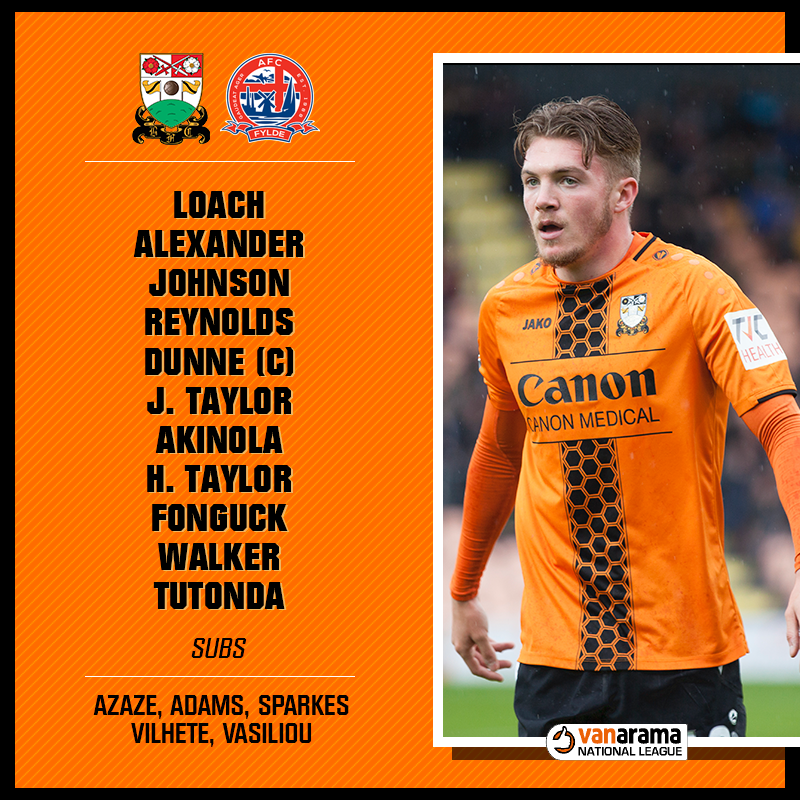 The Bees now move back into the top half of the Vanarama National League table following today’s victory. We now find ourselves just 4 points off those play-off places.