It was a cagey opening ten minutes into the game as both teams were unable to take ahold of the game.

In the 12th minute, debutant Xander McBurnie cleared well away and Simeon Akinola was able to get onto the loose ball and bare down on goal before crossing it back to McBurnie who was unable to get his shot on target.

Neither side was able to control possession with disappointing passing dominating the early proceedings with what could only be described as a scrappy affair.

The best chance of the half fell to Oliver Dyson whose powerful shot from close range was well saved by the Bees’ ever-reliable ‘Keeper Scott Loach.

It was much the same for the rest of the half with Barnet unable to create any chances as a relentless Barrow side were quick to close down and prevent any flow to the Bees’ game.

Into the second half, Barnet started off the quickest as Akinola pounced onto a rare defensive mistake by the Bluebirds but his shot was frustratingly inches wide of the far post.

In the 57th minute, Lewis Hardcastle came close to breaking the deadlock as his well-struck shot from distance rattled the crossbar, via the fingertips of Bees stopper Loach. The Bees looked to counter on Barrow who were out of shape but Walker couldn’t control the pass from Akinola.

However, the game finally burst into life as right-back Cheye Alexander found himself high up the pitch, dummied a tackle from the incoming defender and slotted it past the Barrow ‘Keeper Luke Simpson to make it 1-0.

The referee had only just blown his whistle to restart the game when the Bees took possession back up the pitch and found Akinola, who in trademark fashion made space for himself and stabbed the ball home to make it 2-0 to the Bees and 16 goals in all competitions.

It seemed that the floodgates had opened for Darren Currie’s side as Josh Walker walked the ball into the Bluebirds’ penalty area, beat his man cleverly and slotted the ball comfortably past Simpson to make it 3-0 to the home side.

There was more good news for Darren Currie as for the final 15 minutes, Ricardo Santos made a welcome return to the team after a lengthy injury had kept the defender sidelined.

The Bees managed the rest of the game well, preventing any danger from the side that sit top of the Vanarama National League table and cruised comfortably through to Fourth Round of the Buildbase FA Trophy. 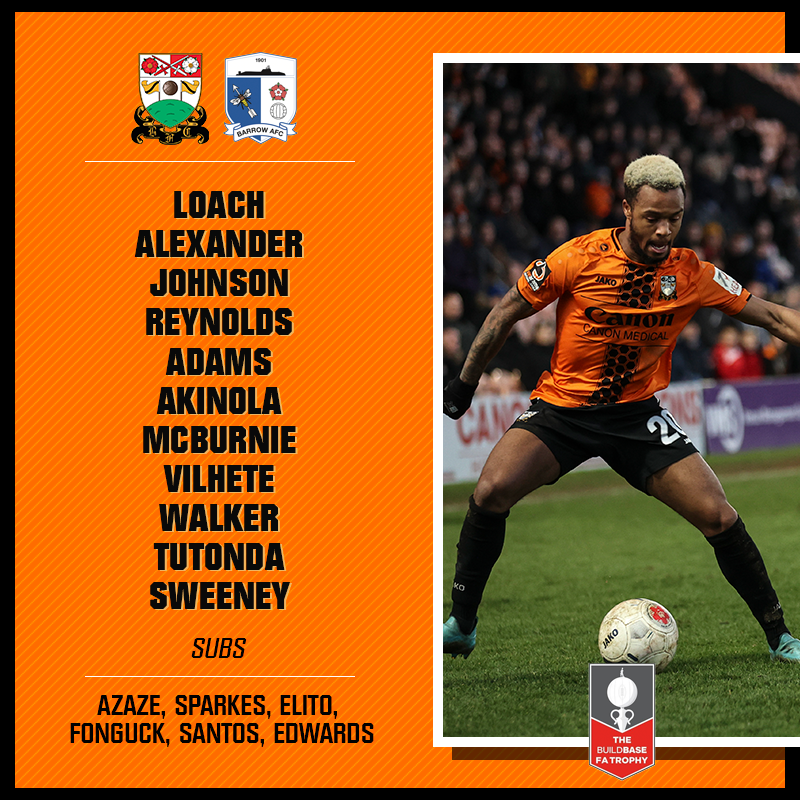 The Bees progress through to the Quarter Finals of the FA Trophy with the draw due to take place on Monday.

The Bee’s turn their attentions back to Vanarama National League action as they face Solihull Moors this Tuesday 11th February.