The game started quickly with both sides moving the ball well but it was Hartlepool United who had the first shot of the game from Gime Toure who broke away having tackled Charlee Adams but it was Dan Sweeney who ensured the shot was kept away from goal.

The quick pace of the game continued when Sweeney was allowed to carry the ball to the edge of the box where he found Josh Walker whose driven cross along the face of the goal was cleared well away.

There was more good play from the Bees as David Tutonda did well to make it to the byline before putting in a dangerous cross that had to be headed behind for a corner from the Pools defence.

As the game approached the 30th minute, neither side were able to get a foothold in the game and traded possession frequently at the very windy Hive London Stadium.

The Pools’ best spell in the first half included a number of crosses coming in from both flanks that were unable to trouble Barnet’s number one Scott Loach.

However, the best chance of the half fell to the away side as Mark Shelton flashed a cross inside the 5-yard box but wasn’t able to find anybody to tap it in at the far post.

With the fourth official indicating a minute left for the first half, Barnet broke through the Hartlepool United defence with Tutonda who was seemingly brought down inside the box with strong calls for a penalty to be awarded but the referee waved the appeals away allowing Simeon Akinola to have a shot that was palmed away by Pools’ ‘Keeper Mitchell Beeney.

Early into the second half, Pools’ midfielder Gavan Holohan, who was already on a yellow card, cynically brought down Vilhete and the referee did not hesistate in showing him a red card.

With the one-man advantage, the Bees took the game to Hartlepool United when Vilhete was allowed to run through the defence and shoot from distance. The Pools were unable to clear though as the ball fell to Akinola twice but nothing came of the chance.

Tutonda, who was adventurous throughout the game, made it to the byline once again but his shot could only hit the side netting.

The dangerous Vilhete was brought down once again and Akinola stood over the freekick which hit the crossbar, resulting in a number of chances for the Bees to break the deadlock through a volley from Sweeney and Tutonda from distance.

The eventual corner also caused problems for our opponents as the skipper James Dunne had three shots that were all scrambled away.

In the 60th minute, Darren Currie gave his new signing Paul McCallum his debut and within a minute of coming onto the pitch, he repaid the faith shown by scoring his first Barnet goal to make it 1-0 for his new side after a corner wasn’t dealt with by the Hartlepool defence.

With momentum on side with Currie’s men, Tutonda’s cross found an unmarked Akinola whose shot was superbly hooked away off of the line.

The Bees’ were dealt with a sucker punch in the 75th minute as Hartlepool equalised after an unfortunate mis-header from Sweeney who diverted a dangerous cross into his own net.

Currie’s side remained positive despite the equaliser and quickly made it 2-1 after McCallum did brilliantly to wrestle the ball back off of the Hartlepool United defender and square the ball to Akinola who did well to slot home into the bottom corner whilst under pressure from the Pools defence.  This made it a goal and an assist for the new signing McCallum.

Barnet were able to see the game out comfortably with only a corner in injury time that caused any danger to the Bees defence but McCallum was able to head clear the ball away at the near post. 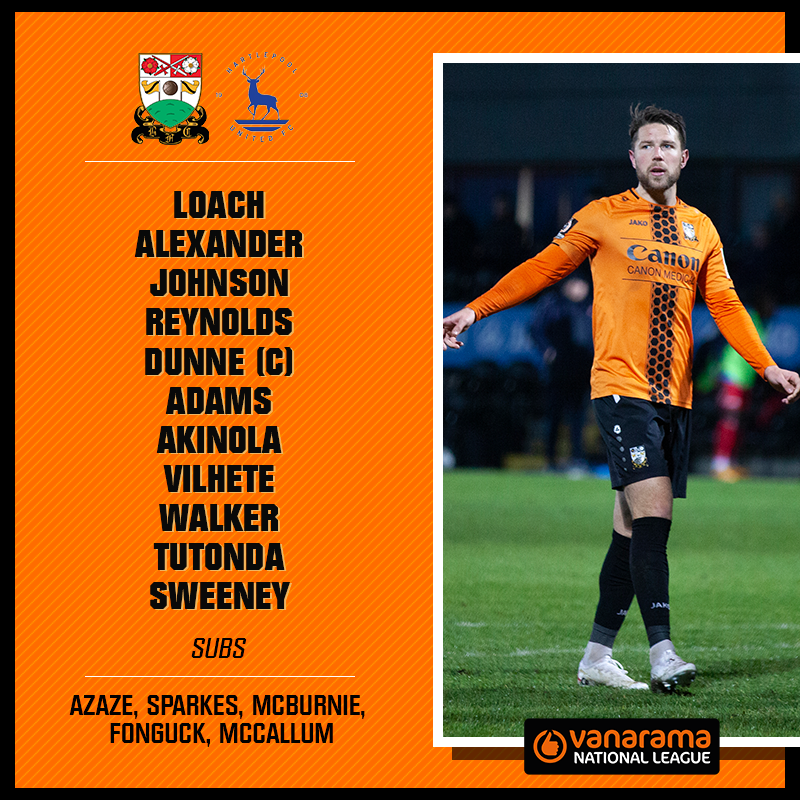 Having gone 11 games unbeaten, the Bees have matched their longest unbeaten run since 1999, a run that Darren Currie featured in all 11 games himself and are now only 4 points off the play-off places.

The Bees will be at The Hive London once again as they face Barrow AFC in the Third Round of the Buildbase FA Trophy on Saturday 8th February.