It was a let off for Darren Currie’s side moments later though as an attempted header back to Scott Loach from Ricardo Santos forced the shotstopper into making his first save of the game.

The Bees’ quick start came to fruition as a long throw in from Paul McCallum that almost resembled a corner couldn’t be dealt with by the Boreham Wood defence and a wonder strike from the unlikely Callum Reynolds floated into the top corner.

The Wood really turned on the pressure inside 30 minutes of the first half and the danger man Kabongo Tshimanga tested Loach’s reactions from close-range with the Bees ‘Keeper coming out on top again.

Darren Currie’s side still remianed strong on the ball however and a cute bit of skill from the Bees’ top scorer Akinola saw him beat his man but he took one to many touches before his shot and it was blocked by the Boreham Wood defence.

However, Barnet quickly found their feet as another good ball into the box from Dan Sparkes saw McCallum’s trademark headed effort go agonisingly wide of the post.

In the 60th minute, with the Bees pinned back in their own half for the majority of the opening 15 minutes, the Wood capitalised on their dominance through Kane Smith after a superb initial save from Scott Loach couldn’t be cleared away, levelling the scores.

The Wood’s dominance remained much the same after the goal as a looping header from Matt Rhead went inches wide of the bottom corner.

In the 72nd minute, the Wood took the lead for the first time in the game after the ball was bouncing around the Bees’ penalty area and eventually fell to Marsh who struck the ball home from close range.

Darren Currie’s side responded well after going 2-1 down and had two chances in quick succession after two crosses from Sparkes tested Boreham Wood ‘Keeper Nathan Ashmore.

After winning a freekick in a dangerous area, the Bees nearly took the lead themselves through McCallum whose bullet header looked destined for the top corner but it wasn’t to be for the Bees’ new striker. 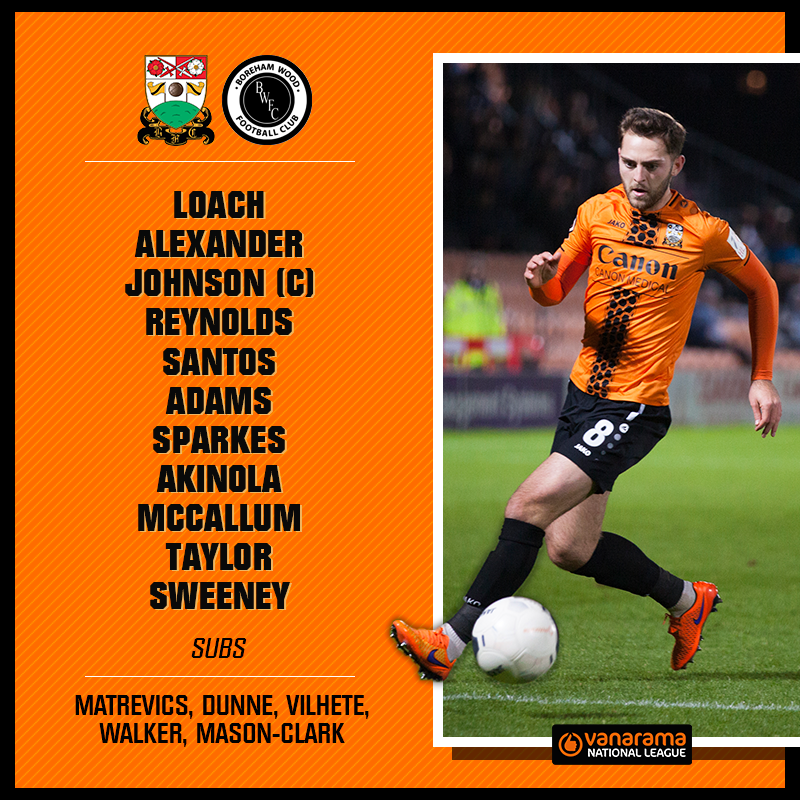