The Fishermen started the quicker of the two sides, applying the pressure on the Bees defence which resulted in a corner that just looped over the bar.

Barnet were not without their chances though as Fleetwood ‘Keeper Billy Crellin miskicked the ball which was picked up by Alexander who worked it into Vilhete whose deflected shot won his side a corner.

A Barnet counter-attack saw left-back Elliot Johnson’s cross meet Jack Taylor in the middle who was unable to get over the ball and could only see his header soar over the crossbar.

The deadlock was broken in the 29th minute after a cross from Coyle was spilled by Scott Loach which met a well positioned Ched Evans who was able to hit home the ball into the roof of the net.

The Bees were not deflated after conceding however, continually looking to cause problems for the Fishermens defence down the right flank.

As the second-half came to a close, a Fleetwood free-kick couldn’t be dealt with as it found an unmarked Evans on the edge of the box which forced Loach into making an excellent save.

It was a scrappy start to the second-half with neither team able to get a foothold in the game.

The Fishermen had their best opportunity in the early stages from a free-kick that was comfortably saved by Loach.

The away side grew more into the half after Hunter’s driving run and powerful shot led to a strong save once again from the Bees shot-stopper.

Into the final ten minutes of the game, a looping header seemed to be creeping under the crossbar but Jack Taylor was there to meet it and clear it off of the line.

A substitute debut was given to 18-year-old Okem Chime to try and help his side in the final stages of the game as he became yet another player to make the first team from the academy.

The opposition were relentless in trying to secure their place in the second round of the FA Cup by scoring a second which was eventually achieved by Ashley Hunter who cooly slotted the ball into the Barnet net in the 90th minute.

Manager Darren Currie made two changes to the side that beat Chorley last weekend with Elito and Boucaud missing out in place of Jack Taylor and Harry Taylor.

The Bees are no longer in the FA Cup but will turn their attention to League action next Saturday as we face Stockport at home.

The Bees return to The Hive London yet again as we take on Stockport County in Vanarama National League action next Saturday. 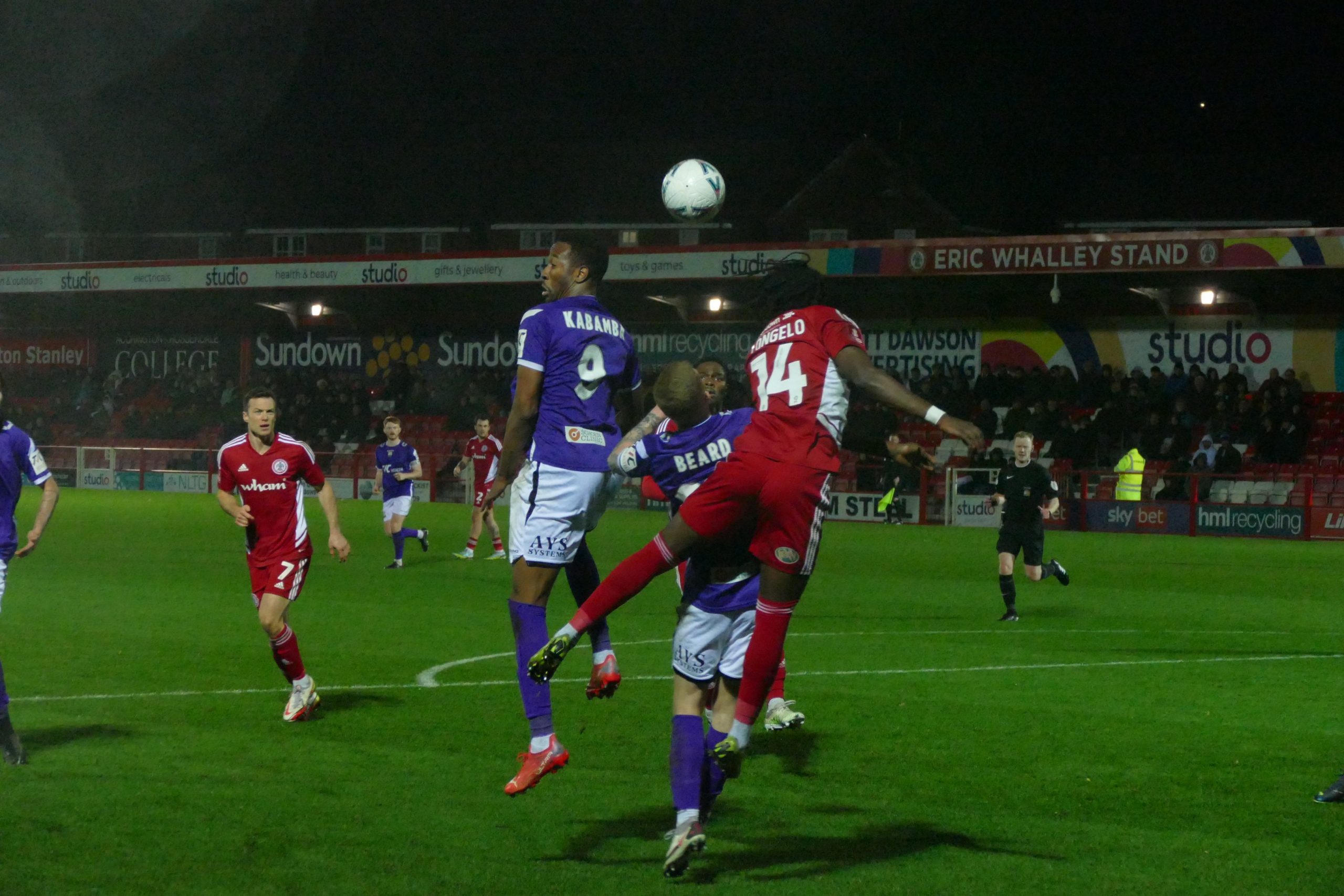