The opening 20 minutes was a rather quiet affair with both sides showing attacking intent without testing either ‘keeper. The Bees had the better of the opening stages, keeping the ball well and moving it with purpose.

The Wood almost took the lead as Kane Smith tried a curling effort from the edge of the box, but it whistled past Scott Loach’s left stick.

Moments later Fonguck sent Barham through but the striker’s effort from the angle was comfortably stopped by Ashmore. J Taylor then saw a free-kick go wide, as the Bees began to dominate proceedings.

Darren Currie’s side went in level at the break but were the better side on a chilly afternoon in Hertfordshire.

Into the second half and it started much like the first as both sides looked to stamp their mark on the game but didn’t quite find a killer instinct in the final third.

With 15 minutes left on the clock, J Taylor saw a dipping volley fiz past the post, as Currie’s side looked to change the tide of the game.

Up the other end, Loach was called into action as he palmed away Smith’s powerful drive from distance. The teams were locked even as the final 10 minutes approached.

With five minutes to go the Bees came close to taking the lead as Mauro Vilhete headed down for Akinola, but the striker’s effort was blocked by an oncoming Wood defender.

Vilhete had a golden chance to nick it as added time began, he headed wide from Dunne’s superb cross. It was a massive chance after our number 20 did well to peel away from the Wood backline. 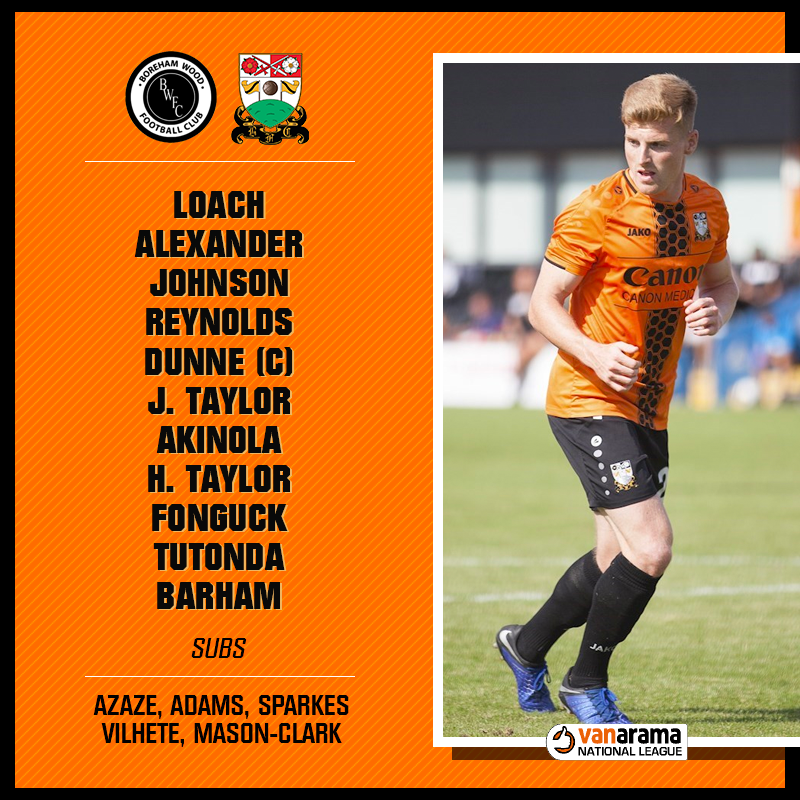 The Bees return to Vanarama National League action on Saturday (4th Jan) when we host Halifax Town at The Hive London. Don’t forget you can grab yourself a copy of FM 2020 plus one adult and child ticket for any home league fixture in January!