On a chilly and windy evening, both sides started the game looking to get on the front foot from the off the Bees looked to move the ball quickly and continue in the same vain that they finished against Barrow on Saturday.

Josh Walker had the first chance of the evening as he headed straight at Ryan Boot from David Tutonda’s delightful cross.

Up the other end, Jake Beesley fired over the bar as he picked up a loose ball forward. The Moors direct style certainly caused early problems for the Bees in an open affair in the chilly midlands

With 18 minutes on the clock, the hosts took the lead from the spot as Terry Hawkridge sent Loach the wrong way after Adams brought down Beesley.

Midway through the half, the Moors threatened again as Callum Howe headed against the crossbar before the Bees had to clear from the line as Danny Wright looked to bundle it into the back of the net.

The Bees almost levelled five minutes before the break, as Dunnev turned in the box and his looping effort dropped just wide of the far post.

It was a frustrating half for Currie’s side, however, they grew into the match as it went on but couldn’t force an equaliser before the break.

The Bees started the second half the better and were almost on level terms as Vilhete found Akinola, who’s effort destined for the corner was saved by Boot.

Moments later Vilhete broke clear but our creative midfielder’s strike was straight at Boot, as we continued to pile on the pressure.

The boss introduced Ricardo Santos and Medy Elito as he looked to force the issue. With 20 minutes left on the clock, Walker was next to be denied by Boot.

Walker went close again as he rose highest from Tutonda’s delicious cross, but his header went over the crossbar.

Boot was then forced into his best stop of the lot, as Reynolds flicked a ball towards the top corner, but Boot sprawled across the goal to somehow turn it away.

Currie made one change to the XI as James Dunne returned in place of Xander McBurnie. 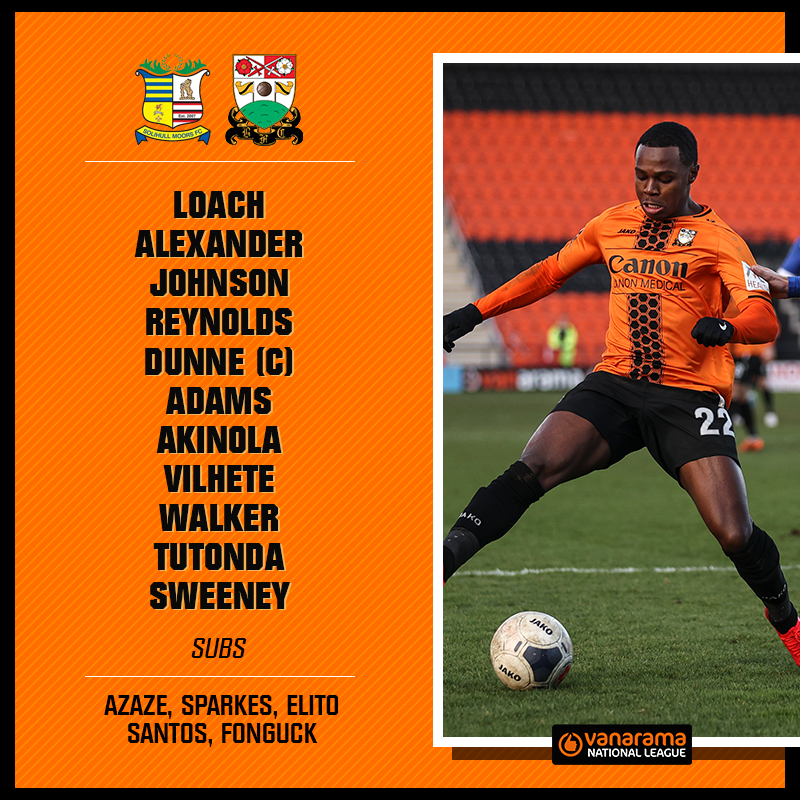 The Bees host Harrogate Town in their next match at The Hive London in what promises to be another massive clash in the Vanarama National League.