There was just one change from the Bees trip to Stockport County as David Tutonda came in for Dan Sparkes, but it was yet another fast start for Darren Currie’s side as Cheye Alexander’s goalbound effort was blocked. It came from a clever corner routine and the Bees full-back was mighty unlucky not to add a third goal for this campaign.

Up the other end, former Bee Dave Tarpey had a sighter that flew wide of Scott Loach’s left-hand post, as the rain swirled around The Laithwaite Community Stadium.

On ten minutes the Cards created their first clear opening of the evening as Tarpey’s cross fell to Max Kretzschmar whose powerful strike was heroically blocked by Elliott Johnson.

It was another former Bee causing Darren Currie’s side problems as Jake Hyde turned to shoot from six yards out only to be denied by a goal-saving block from Dan Sweeney.

Akinola looked to break clear after pressuring Ben Gerring to win the ball back in the Cards half, however, the imperious figure of Moussa Diarra slid in to deny him going through on goal.

But the breakthrough came on 26 minutes for the Bees as yet again Paul McCallum was on the scoresheet following a free-flowing Bees attack. Currie’s side broke with pace and precision as Tutonda picked the pass before McCallum struck into the back of the net despite the best efforts of Craig Ross.

It was McCallum’s fourth in five matches in an Amber shirt and he once again showed his clinical nature as he ensured the chance didn’t pass him by.

The ten minutes that followed the goal lacked tempo as both teams traded possession in the tricky playing conditions, the hosts saw a couple of set pieces well defended by the Bees.

That drop in tempo from Alan Dowson’s side soon subsided as they were the next to go close as Tarpey’s deflected effort was well parried away by Loach.

The neat football continued from the Bees as a well-structured move involving McCallum and Fonguck who slipped Akinola in on goal, only for the Bees top scorer to be stopped in his tracks by the offside flag.

It was then the turn of the Cards top scorer Hyde to go close as he prodded wide from Kretzschmar’s dangerous delivery from the left-hand side.

The skipper then produced a fantastic defensive header to remove the danger from a threatening delivery, despite the fact he was heading and facing his own goal.

Currie had to make an enforced change as Akinola hobbled off to be replaced by Josh Walker, as the rain continued to fall as added time was shown.

The sides headed into the dressing rooms with the Bees a goal to the good following a strong first-half showing in Surrey.

Another tight offside call kicked off proceedings in the second half as McCallum slipped in Walker who could have only been adjudged offside by the finest of margins.

The same two linked up again just moments later as McCallum flicked on for Walker, the striker bore down on goal only to be denied by a sliding Diarra challenge at the last.

Ephron Mason-Clark came on eight minutes after the break and was involved immediately as he was involved in a move that ended up at the feet of James Dunne. The skipper bent towards the goal and went agonisingly close to scoring his first goal in a Bees shirt, as his curling effort went just past the far post.

Ricardo Santos, who was assured all evening, was in the correct position on countless occasions and used all his experience to clear away a threatening cross from Jack Cook.

The Bees had a golden chance as McCallum broke through following Harry Taylor’s ball forward, he opted to square for Walker, however, Kretzschmar got a toe on it to divert it behind for a corner.

Currie’s side always looked in control as the game entered the final 15 minutes, with the Cards being restricted to half chances at the best.

With 13 minutes to go, the Bees deservedly doubled their lead as Walker burst through following a mistake from Diarra and the finish was executed to perfection as he lofted it beyond the on-rushing Ross.

The hosts immediately looked to hit back and forced Loach into a good stop with his feet from Josh Casey’s powerful low effort from inside the box.

With five minutes left on the watch, the hosts set up a grandstand finish as Cook’s glancing touch found the bottom corner and past the outstretched arm of Loach.

The Cards shouted for a penalty as the game entered five minutes additional time, but the referee waved away the protests for what would have been a very soft spot-kick.

The hosts threw everything at it as the time ticked by as second-half sub Josh Neufville flashed an effort well wide of goal.

But the Cards efforts were in vain as the Bees sealed the deal with two minutes left to play as Charlee Adams picked out Walker who skipped inside before ruthlessly finishing past Ross.

It was the least Darren Currie’s side deserved after a ruthless, professional performance against a fellow play-off contender. 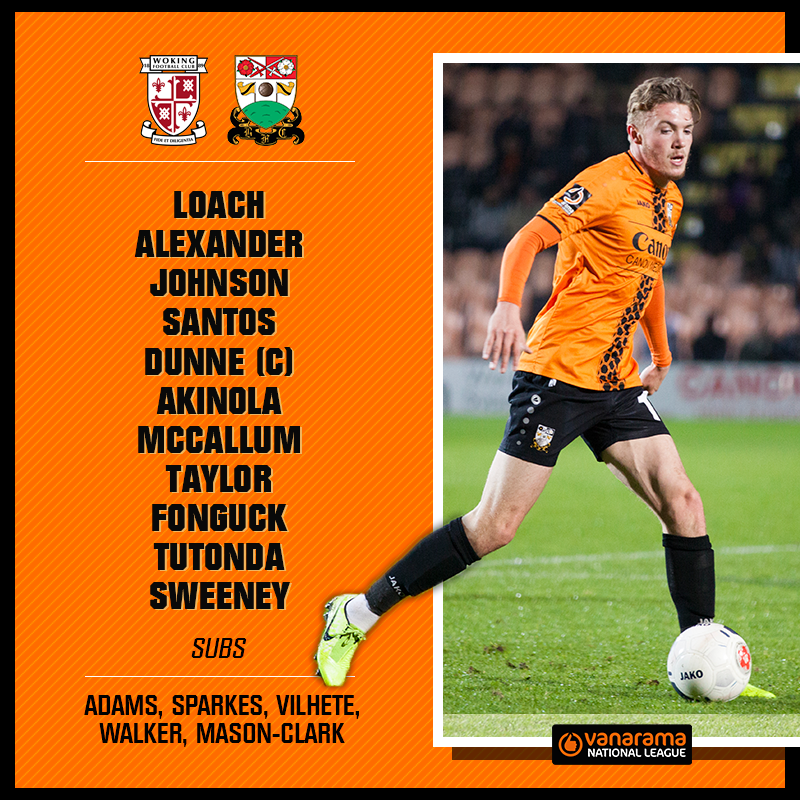 Darren Currie opted to make one change from the team that drew with Stockport County, as David Tutonda came in for Dan Sparkes. Meanwhile, Mauro Vilhete replaced Rihards Matrevics on the Bees bench.

love a win under the lights! great night for the boys and keeps us right in the mix. safe journey home, see you all sat ⚽️

Huge 3 points! Massive performance from everyone! Dug in and dealt with everything chucked at us and got our rewards! Thanks to the fans who travelled on a wet and windy Tuesday night!

Now that’s a result right there. 1 point off the playoffs with 3 games in hand. Push on Bees

Hear from a jubilant Darren Currie below.

The Bees are once again on their travels on Saturday afternoon, when they head to Huish Park to take on Yeovil Town in Vanarama National League action.