Skip to content
Interim Head Coach Rossi Eames made three changes to the team that started against Exeter City, with Curtis Weston, Jamal Campbell-Ryce and youngster Fumnaya Shomotun all starting.
The Bees played the ball well from the off, retaining possession and hitting Wycombe on the break – Campbell-Ryce having an early effort blocked in the first minute.
A few moments later, and back down the other end, Akinfenwa was released by a long ball which Jamie Stephens had to leave his area and use his feet to deal with.
Vilhete and Taylor looked bright down the right wing, playing some neat triangle passes in attack.
Another half chance came on 7 minutes when Campbell-Ryce crossed for Vilhete, causing Blackman problems in the Wycombe goal.
Back in the Barnet Box, Akinfenwa beat Santos in the air to nod over from a corner.
Crosses kept coming from the Bees wingers, Campbell-Ryce and Shomotun both firing efforts in to the danger area looking for end products.
On 19 minutes, Barnet rattled the bar with a long range effort from Taylor via the finger tips of Blackman.
The Bees’ best chance of the game so far, following a Campbell-Ryce and Weston break.
A minute later, and a defensive slip allowed Saunders to pick up the ball on 40 yards and let fly, beating Stephens from range to put Wycombe 1-0 up.
The Bees responded positively though, immediately going down the other end and having two close range Shomotun efforts saved, which should have seen them pull level.
Barnet continued to break quickly, Campbell-Ryce and Taylor both attacking Wycombe’s defence at pace.
Akinde had a close range header easily saved on 37 minutes for his best chance of a very physical the game.
And just before the break, Akinde again popped up when a cross from Campbell-Ryce bounced around the area, which he was unable to make the most of.
The second half saw the Bees start brightly again, Johnson continuing to overlap and cause the Wycombe defence problems.
A few minutes in and Vilhete had his snap shot deflected on it’s way through to Blackman to scare Wycombe.
Some last ditch defending from Santos down the other end prevented Kashket from pulling the trigger from the penalty spot to increase the deficit, as the Bees were forced to absorb some Wycombe pressure.
Vilhete, Weston, Campbell-Ryce and Akinde all continued to link-up well as Barnet pressed for the equaliser.
Jack Taylor drove forward from his own half into acres of space on 57 minutes, but his through pass wasn’t controlled by Akinde.
A hand ball appeal for Barnet was waved away by referee Gavin Ward on 66 minutes, following a Campbell-Ryce shot in the area.
Jack Taylor then saw his effort skim past the post on 69 minutes, with no Bees players able to tap in the wayward shot.
Another fine Bees chance came on 71 minutes when Clough’s free header from a corner went just over, then a few minutes later Clough was back in his own box doing some last gasp tackling to deny Akinfenwa.
Jombati finally received a yellow card for his constant bullying of Akinde on 81 minutes, after pulling back the Bees striker when he looked to be through on goal.
On 83 minutes, Ruben Bover let fly and was again denied by the woodwork, as Blackman tipped onto the post.
The game was then effectively over when Weston was ruled to have leant on his man in the penalty box for a Wycombe foul.
Jacobson converted from the spot on 89 minutes to kill off the Bees’ hopes of a revival.
In a physical game, the Bees had put on a fighting performance and were unlucky not to have taken something from the match.
Full Time: Barnet 0-2 Wycombe Wanderers
Attendance: 2507
Facebook Twitter Youtube Instagram 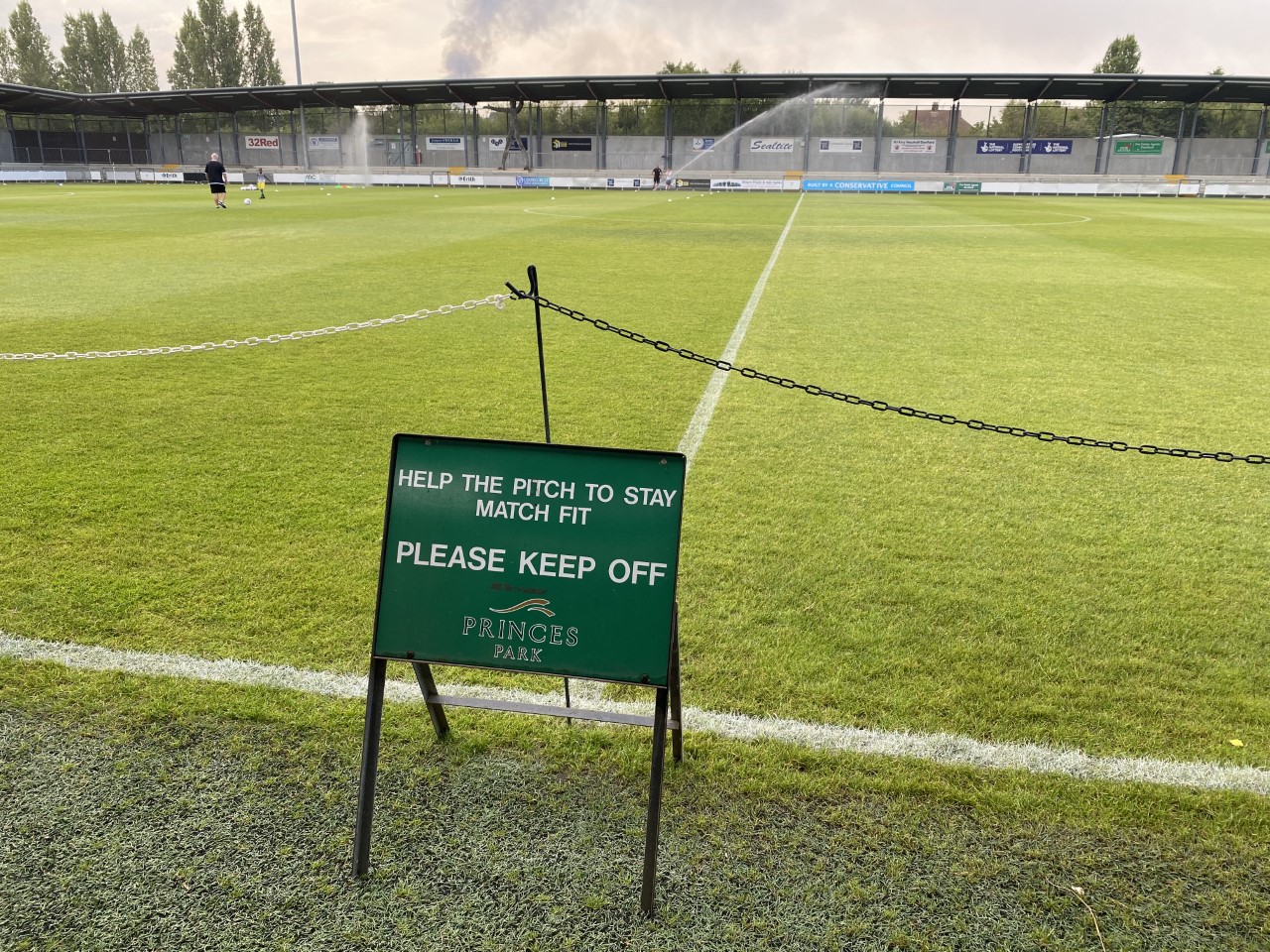