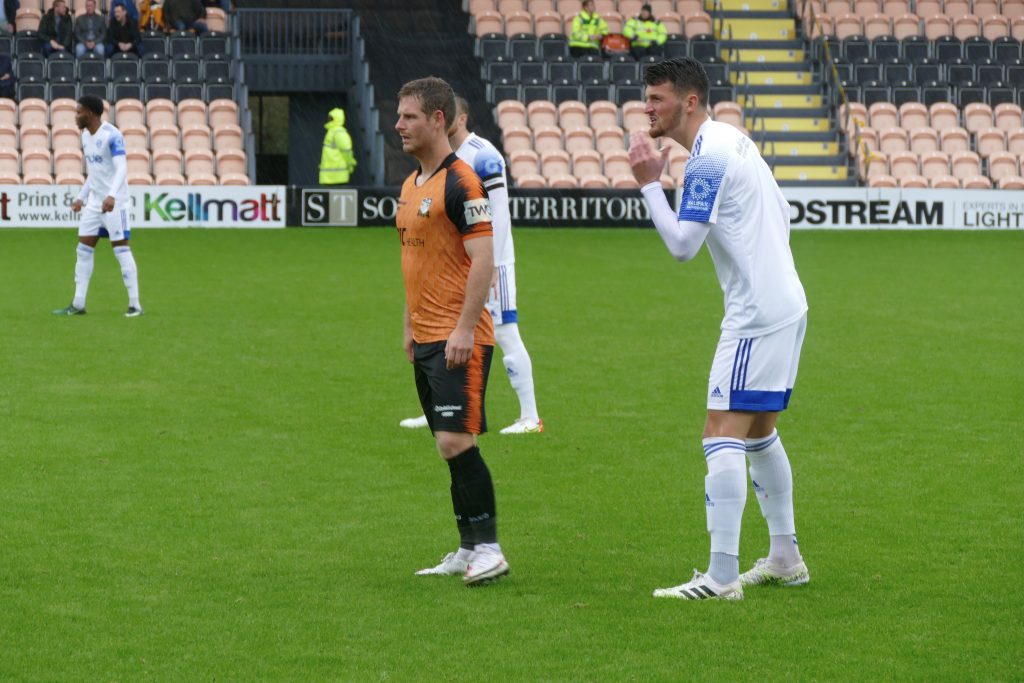 The Bees fought to a point in the Vanarama National League – drawing 0-0 with FC Halifax Town at The Hive London.

The Shaymen created the first opening of the afternoon when Jordan Slew picked up the ball in the final third before and headed towards goal and to fire his low shot just past the near post from 20-yards out.

Slew looked to test the Bees’ resilience once more after he collected the ball inside of the penalty area and forced Sam Sargeant into a low diving save.

An opposing attacker found the loose ball on the edge of the box and saw his shot blocked behind by Mitch Brundle.

Dean Brennan’s side reacted to this spell of pressure with a chance of their own. Sam Beard pounced on the ball inside the Shaymen’s penalty area and saw his powerful effort fly just over the crossbar.

Ben Richards-Everton was called into action when Billy Waters weaved into the 18-yard box before curling one towards the far bottom right corner. Sergeant looked to be beaten but the towering defender was there to clear the ball off the goal line.

Kian Flanagan and Adam Marriott looked to find a way through in the 36th minute when they linked up well to find an opening for Brundle, who ran onto the ball and slammed his effort low into the legs of the Halifax stopper.

Slew threatened again midway through the second half when he was fed the ball down the left flank before he dropped a shoulder and took aim to make Sargeant dive across his goal and parry away.

Rob Hall helped to earn a corner in the 75th minute when his cross was blocked behind. Payne delivered towards the centre as the ball bounced straight through to Daniel Powell who took aim and had his strike cleared.

Pete Wild’s side almost found the breakthrough in the 85th minute after the ball was squared to Waters from six-yards out, who shot first time to force Richards-Everton into a smart block before it was claimed by Sargeant.

Sargeant was called into action deep into stoppage time to prevent the visitors from snatching all three points when Elliot Newby crossed in towards the back post.

Waters got on the end of it as he volleyed goalwards from close-range to make the Bees’ stopper dive across goal and pull off a wonderful point-blank save to ensure that the points were shared at The Hive London.