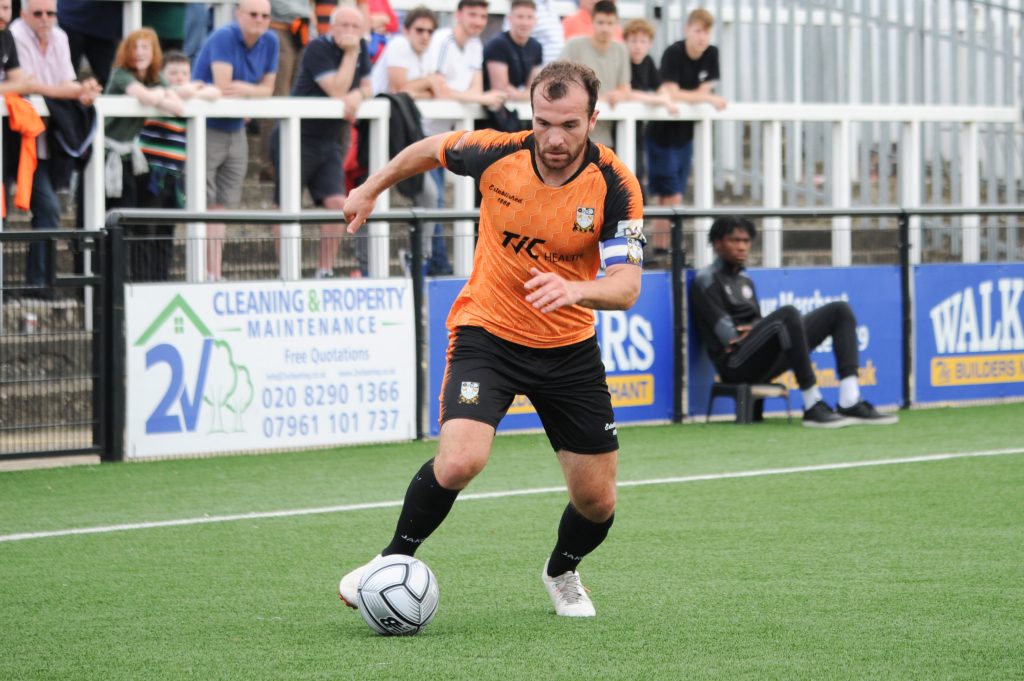 The Bees fell to defeat on the road – losing 2-0 at Bromley FC in the Vanarama National League.

After a cagey opening, it was the hosts who had the first shot of the afternoon after they launched the ball forwards to an on-running Michael Cheek who took the ball down under pressure and flicked his looping shot just over the bar.

The Bees responded with a spell of pressure and almost opened the scoring when David Sesay took the ball down the right side of the pitch before finding Mason Bloomfield with a low cross into the box.

The Bees’ No.9 got away from his defender to get a shot away, but it was blocked and cleared away to safety.

Bloomfield was at it shortly after when he picked up the ball in the centre of Bromley’s half and let fly from 30-yards into the bottom right corner to force a diving save out of Mark Cousins.

Despite the pressure, Harry Kewell’s side found themselves behind when Michael Cheek went down under a challenge from Sam Beard inside of the box.

Referee Robert Whitton pointed to the spot as Cheek stepped up and converted the spot-kick into the bottom left corner, past the  outstretched arms of Sam Sargeant.

The Bees continued to show signs of equalising when Beard delivered a deep cross into the box to force Cousins off his line to punch away. David Sesay reacted first to the poor clearance and headered inches wide of the near post.

Andy Woodman’s side reacted and came close to doubling their advantage when the ball was lifted into the box. Byron Webster rose highest to knock the ball down to Harry Foster who saw his turning shot flash wide of the upright.

Beard caused the Bromley defence more problems after weaving down the left side before floating the ball into the box that eventually found its way to Kian Flanagan on the edge of the box.

The 22-year-old midfielder turned away from his defender before curling his shot just past the far post, as the sides went into the break at 1-0.

Andy Woodman’s side extended their advantage in the 62nd minute when Jude Arthurs delivered a corner to Chris Bush at the back post who towered above his defender and headered into the top right corner.

The Bees responded with an immediate chance when Beard took the ball down the left flank before playing it into the near post, only to be blocked away.

Beard took the resulting corner and picked out Ben Richards-Everton in the centre of the box who leapt highest to head goalwards and force a save out of the Ravens’ stopper.

Sergeant was called into action in the 78th minute when Cheek latched onto a long-ball forward. Richards-Everton closed down the angle before the Bees’ ‘keeper smothered his shot from close-range.

Whitely collected the loose ball following Sargeant’s save and curled his shot wide of target from 12-yards out.

Sargeant denied the hosts again late on as James Alabi pounced on a low cross into the box at the near post before turning it goalwards to force the loanee ‘keeper into a quick reaction save, however the Bees’ goalie’s best efforts couldn’t prevent the Ravens from taking the points.