Barnet Football Club and the Foundation were delighted to recently host the Walking Football team and two local schools for an afternoon of warmth and generosity at The Hive London.

As part of the Stationery for Schools scheme, the Walking Football team made two large donations of school supplies to two primary schools.

The group were also visited by London Assembly Member, Krupesh Hirani who spoke to some of the Walking Football players about the importance of this scheme and why it is vital that schools are supported during a period of financial instability. 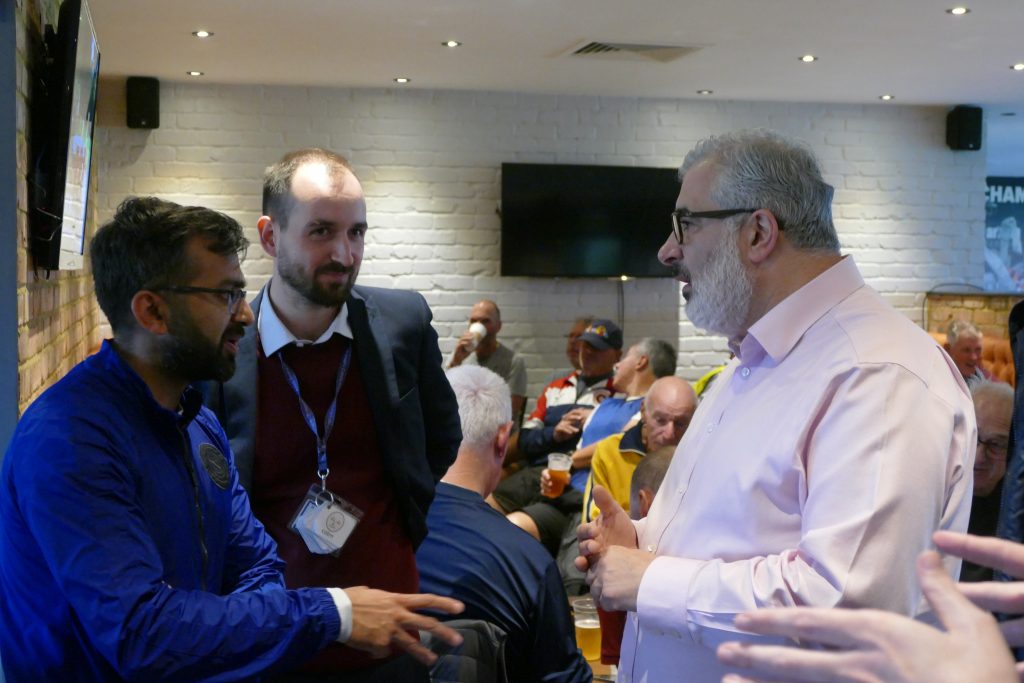 “We all know about the cost-of-living crisis and the impact that this is having on families and local children.

“The incredible Stationery for Schools scheme will ensure children have the means to stay and participate in education in the way that every child should be able to.”

Stationery for Schools provides local schools and groups with equipment and essential supplies. By encouraging the local community to donate an array of unneeded stationery, it can help with budgeting issues amid a financially challenging period.

Barnet Football Club is pleased to be supporting local schools alongside the Walking Football team. Alongside a stationery donation, Barnet FC pledged to donate a set of football kits to ten schools in the local area in their school colours.

“As a football club we have a duty to support our local community and schools.

“We are making a donation of football kits to ten schools, close to The Hive, in their school colours.”

All Barnet supporters are asked to contact the Walking Football team if they are in a position to make a donation to the Stationery for Schools scheme – Barneteft@yahoo.com